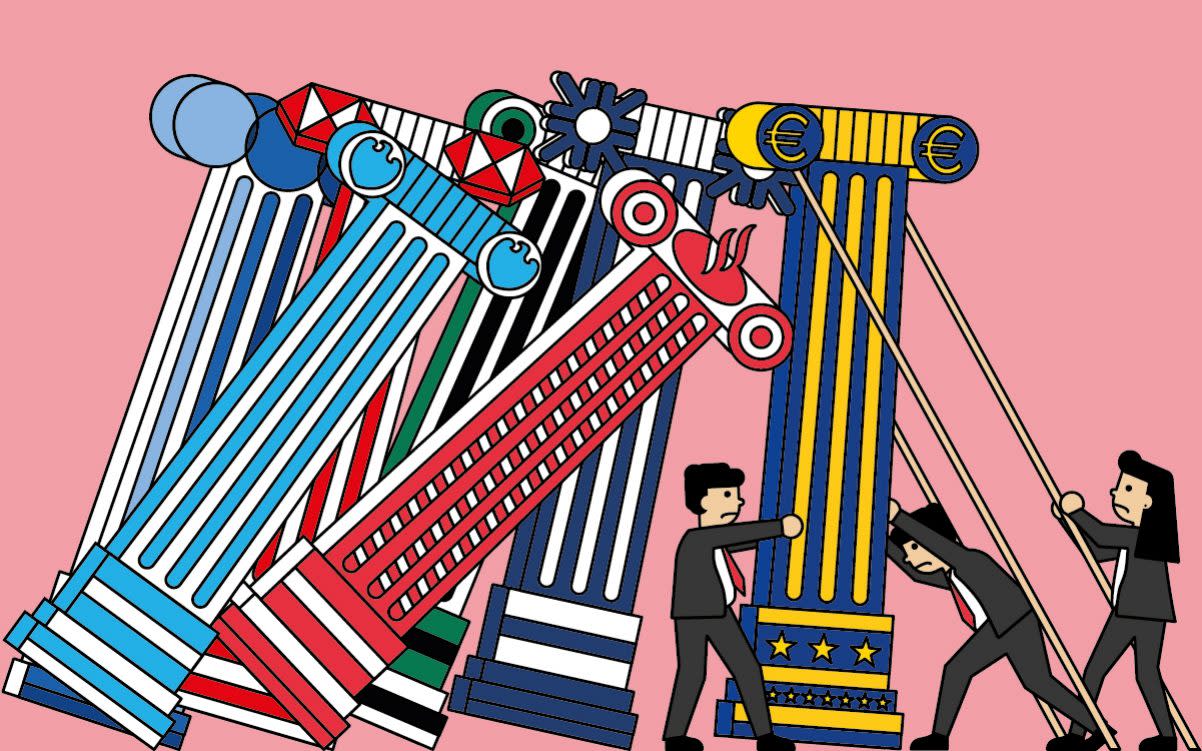 Running a business beset by scandal, cost cuts and intense public scrutiny does not make for a very appealing job advert. But some of the biggest roles in UK banking are up for grabs, and the new generation of bank bosses must find ways to revive the sector while dealing with the aftermath of Covid-19.

These will not be easy jobs. Lloyds boss António Horta-Osório, who announced a week ago that he would be out by next summer, had to take time off for stress-induced insomnia shortly after taking on the role in 2011 and during his decade-long tenure faced multiple challenges.

The 56-year-old, who has swum with sharks over 100 times and became a tabloid target in 2016 following an alleged affair with Tony Blair’s former adviser, successfully steered the bailed-out bank back into private hands, faced various grillings by MPs and had to navigate a string of costly banking scandals which rocked Lloyds’s reputation.

PPI mis-selling alone left it with a vast £20bn bill.

Whoever replaces him will not be the only newbie in the industry. The chief executives of rival banks HSBC and RBS have also been in the job for less than a year while Santander UK and Lloyds itself have both just hired new chairmen.

Even the Financial Conduct Authority, which polices the industry, has a new chief executive coming in while UK Finance, the bank lobby group which has been at the forefront of the industry’s response to the coronavirus pandemic, is currently looking for a new boss.

Speculation is also growing about how long Barclays chief executive Jes Staley, who is being investigated over his ties to convicted sex offender Jeffrey Epstein, will stay in the role. The bank has insisted that no search for a successor is under way but there have been multiple reports citing insiders claiming otherwise.

A similar changing of the guard has taken place across Europe. The chief executive and chairman of Germany’s Commerzbank resigned earlier this month following shareholder pressure. UBS’s long-standing chief Sergio Ermotti is leaving the Swiss lender for pastures new, while its arch-rival Credit Suisse has replaced its boss Tidjane Thiam following an explosive spying scandal at the bank involving his neighbour.

Challenger banks are also shaking things up, with scandal-hit Metro Bank replacing both its chief executive and chairman following a major loans gaffe last year which shone a spotlight on corporate governance concerns.

Over a decade after the 2008 financial crisis and in the heat of the disruption caused by the coronavirus pandemic, for many the industry-wide overhaul of leaders will lead to a welcome strategy rethink.

Nathan Bostock, the chief executive of Santander UK, says the extra pressures of coronavirus has caused all banks and regulators to reset their plans. “Everybody is reassessing their priorities now. This is the biggest crisis for generations and none of us can just continue with the same list of priorities we had a few months ago – whether we are running businesses or regulating them,” he says.

“There’s a popular misconception that banks are always highly investible and have almost limitless resources. But even before the pandemic, the UK banking sector was under significant long term pressure from a host of directions – including the impacts of multiple regulation – meaning there have been fewer incentives for investors to invest in the sector, something we need to work together to resolve.”

Those new to their seats are upbeat about the future. Dan Frumkin, who became the boss of embattled Metro Bank in February, has spearheaded takeover talks with peer-to-peer lender RateSetter and says he believes the bank’s “great service” will enable it to “succeed and grow” despite its board still grappling with last year’s loans scandal and awaiting the findings of an ongoing regulatory probe into the matter.

Its share price also remains depressed at just 115p, down from more than 500p a year ago.

Nevertheless Frumkin is confident that with a little more competition in the UK banking sector Metro can still take on the big, traditional banks.

“The world is changing, but what people want from their banks isn’t,” Frumkin adds. “We need to level the playing field so challengers of scale like us can continue to take on the big banks. We need to bring more competition to UK banking.”

Former UK bank bosses are more pessimistic. John McFarlane, Barclays’ chairman from 2015 until last year, believes there are factors stunting growth which are impossible to fix from inside a boardroom. “The problem with European banks, including the UK, is ultra low interest rates, and until that changes, not much is going to happen,” he says.

Sir Philip Hampton, the former chairman of bailed-out bank RBS, adds that a major challenge for banking executives is creating a banking system “which earns acceptable returns with a risk profile that doesn’t need government intervention”. He says the pandemic has put banks in a tricky position, dealing with government subsidised loans and regulatory dividend suspension.

For the ambitious financiers eyeing a top seat at a European bank, none of this makes for a particularly appealing job offer. Although as Investec banks analyst Ian Gordon puts it, “when set against such low expectations, perhaps the CEO jobs don’t sound too demanding after all?”

“The outlook for bank revenues is dire, a function of ‘lower forever’ interest rates and the UK’s self-induced lockdown recession. The 2020/21 spike in impairments will eventually pass, but the only lever over which banks will be able to exert any meaningful control will be costs,” he says.

“For many large-cap banks it will take savage new cost-cutting initiatives even to get back to high-single-digit returns on tangible equity. The double-digit 2020/21 targets set out by the banks over the past year are now entirely redundant and will likely remain so for the next decade.”

The next generation of bank bosses will also be tasked with improving the industry’s poor public image, which remains damaged by the 2008 financial crisis as well as by numerous high-profile scandals.

Britain’s high street lenders have been at the forefront of the economic response to the coronavirus pandemic and EY’s finance expert Omar Ali, who is among the City grandees advising the Treasury and Bank of England on how to support debt-laden companies after this crisis, says this could be a major opportunity for the sector.

“Given low interest rates, many banks will be under a lot of strain, so how do they take the good that they’ve done for the economy and use that as a catalyst to create the next generation of bank?” he asks. “There’s a real chance here for a lot of the ills of the past to be consigned to history.”

College majors that earn the most money | Personal Finance

How to fill in your financial blind spots | Business