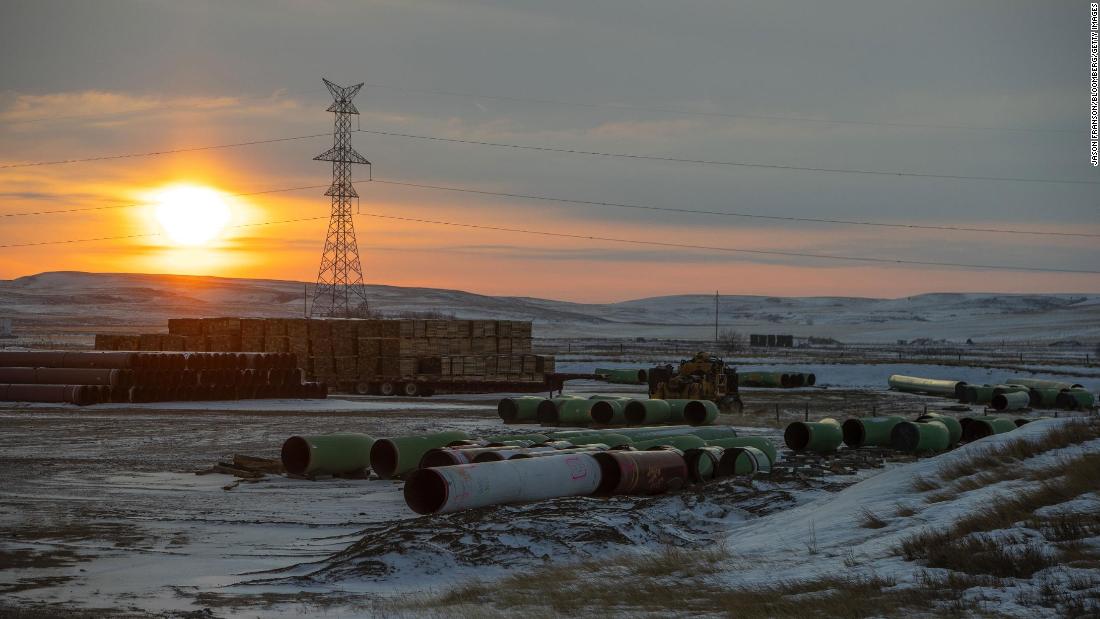 The energy company announced in June that it is pulling the plug on the controversial Keystone pipeline project after the Biden administration revoked the permit on the president’s first day in the White House. The announcement ended more than a decade of controversy over the pipeline, marking a win for environmentalists who argued the project would worsen the climate crisis.
To recover economic damages from the project’s cancellation, TC Energy (TRP) on Friday filed a Notice of Intent with the US State Department to initiate a legacy NAFTA claim under the United States-Mexico-Canada Agreement, the company said in a statement.

When the permit cancellation was announced, TC Energy warned that it would “directly lead to the layoff of thousands of union workers.”

The project, which aimed to carry oil from the tar sands of Canada into the United States, has been the subject of controversy for years, igniting conversations about environmental, political and social justice issues. The end of the Keystone XL project could push environmentalists to pressure Biden to end other projects, including Line 3 and the Dakota Access pipeline.

The news of TC Energy suing the US government came right before a leaky gas pipeline burst in the Gulf of Mexico, causing a fire in the body of water.

“We’re just not treating [climate change] like the planetary emergency it is,” Emily Atkin, founder of the Heated newsletter and MSNBC contributor, told CNN’s Chief Media Correspondent Brian Stelter on “Reliable Sources” Sunday. “Right now, everyone should be a climate reporter,” she said. “And if you’re not a climate reporter right now, you will be, whether you realize it or not.”

How News Organizations Got Colleagues Out of Kabul, Afghanistan