New details about how and when Ty Jordan died 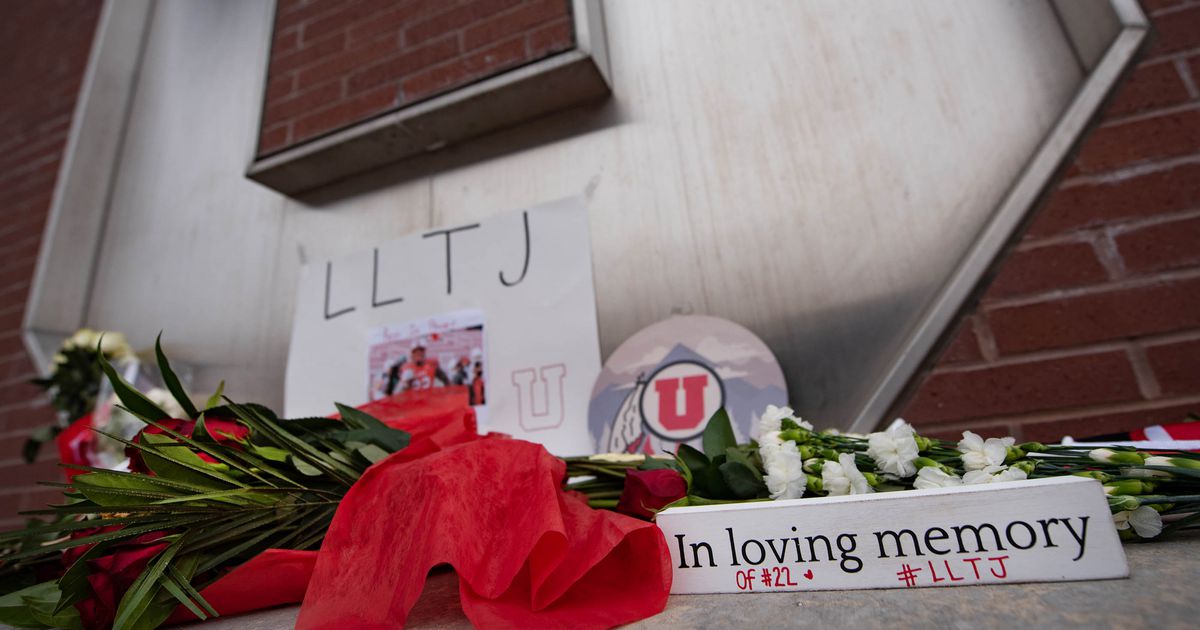 A makeshift memorial honors the University of Utah freshman running back.

(Francisco Kjolseth | The Salt Lake Tribune) A small memorial in honor of Utah running back Ty Jordan, who died in a reported accidental gunshot wound on Christmas night, takes shape outside the Spence and Cleone Eccles Football Center on the University of Utah campus on Monday, Dec. 28, 2020.

The medical examiner’s office in Tarrant County, Texas, said Ty Jordan’s died from a gunshot wound to the abdomen.
The University of Utah freshman running back died Christmas night in what the Denton Police Department have preliminarily called an accident. The Tarrant County M.E. has not yet ruled on the manner of death, but on Sunday released the cause and the time of death, 10:46 p.m. CST.

The initial call went out at 9:38 p.m. CST. Officers responded to the 1100 block of Avenue B in Denton where they found Jordan, the lone injured person with a single gunshot wound. He was transported four miles to Denton Regional Medical Center, where he died.

It was unclear Monday afternoon whether the Denton Police Department’s investigation remained open or closed. The Denton PD detective assigned to Jordan’s case, Marqui Curtis, did not immediately respond to an inquiry from The Salt Lake Tribune.

An incident report on the matter has not yet been made available. Incident reports generally take several business days to process, but it could take longer if the case is still open.

As those details continue to trickle out, the University of Utah community continues to grieve.

A makeshift memorial has sprung up to the right of the front door at Utah football’s headquarters, the Spence and Cleone Eccles Football Center.

The centerpiece of the memorial was a piece of white oak tag with Jordan’s picture in the middle. Above the picture is “LLTJ” an abbreviation, not to mention a hashtag that has become popular on social media in the days since his death, that stands for “Long Live Ty Jordan.” Below his picture is “#22” his jersey number.

On either side of the oak tag are roses of varying colors, a small bunch of white carnations, and a small, rectangular, white block that reads, “in loving memory of #22” and “#LLTJ”

On Saturday, coach Kyle Whittingham tweeted, “We knew he would be great before he even set foot on our campus. He was a light, always with a smile on his face. One of the hardest working and most humble guys we’ve seen come through this program. We love you, Ty.”

We knew he would be great before he even set foot on our campus. He was a light, always with a smile on his face. One of the hardest working and most humble guys we’ve seen come through this program. We love you, Ty. pic.twitter.com/mmccuJXmDL