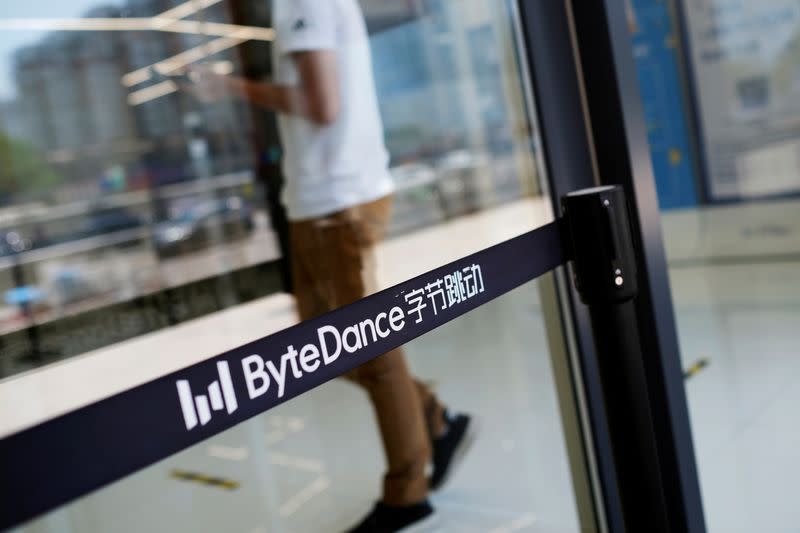 By Yingzhi Yang and Julie Zhu

Of the two venues, the company prefers Hong Kong, according to two of the people. One of the two also said ByteDance is simultaneously studying the option to list its smaller, non-China business – which includes TikTok that is not available in China – in Europe or the United States.

The eight-year-old Beijing-based tech and media company had originally wanted to list as a combined entity, including TikTok and other operations, in New York or Hong Kong in a blockbuster deal. TikTok allows smartphone users to film and upload short videos with special effects within seconds.

But ByteDance has been in talks with bourse operator Hong Kong Exchanges and Clearing (HKEX) over the China business listing, one of the people said. The company was also discussing it with Chinese securities regulators, according to the other two people.

Reuters previously reported China accounts for the bulk of ByteDance revenue, which one source said was around $16 billion in 2019.

A standalone listing could value the China business at more than $100 billion in Hong Kong or on Shanghai’s Nasdaq-style STAR Market, according to two sources.

The review of separate plans for the China business comes amid growing concerns over U.S. regulatory scrutiny and uncertainty over whether a 2013 audit deal between Beijing and Washington, that underpins Chinese firms listing in the United States, will remain intact.

The people interviewed by Reuters said the idea of splitting the whole business into two public listings and the venue discussions are preliminary and subject to change. They spoke on condition of anonymity because the information was private.

Plans may also be complicated by some heavyweight ByteDance investors looking to take over TikTok at a valuation of $50 billion. TikTok faces pressure from U.S. regulators who have spoken about banning the app, or requiring ByteDance to sell it, over suspicions Beijing could force its owner to turn over data on U.S. users.

BYTEDANCE VALUED AT UP TO $140 BLN

The discussions about the two listings were initiated before the investor plans for a separate TikTok buyout emerged, according to one source, but after the Committee on Foreign Investment in the United States (CFIUS) started to look into on TikTok’s handling over user data last year.

The plans for the two listings may also not directly influence how TikTok’s future will unfold, that person said.

ByteDance was valued at as much as $140 billion earlier this year when one of its shareholders, Cheetah Mobile <CMCM.N>, sold a small stake in a private deal, Reuters has reported.

It generated around $2.9 billion in profit for 2019, according to one of the people familiar with the matter. The company has set a 2020 revenue target of about 200 billion yuan ($28.62 billion). TikTok, over the same period, is expected to hit revenue of $1 billion.

The bulk of revenue comes from advertising on apps under its Chinese operations including Douyin – a Chinese version of TikTok – and news aggregator app Jinri Toutiao, as well as video-streaming app Xigua and Pipixia, an app for jokes and humorous videos.

Some of the company’s other overseas apps include work collaboration tool Lark and music streaming app Resso.

The China business listing idea comes as diplomatic strains have risen between Beijing and capitals in countries elsewhere including the United States, India and Britain.

Shanghai’s tech-heavy STAR Market, seen as part of Beijing’s campaign to become self-sufficient in core technologies, has become the second largest market globally for IPOs so far this year, after the Nasdaq, with $10.3 billion raised via offerings. Hong Kong’s bourse ranked third with $8.9 billion raised, according to Refinitiv data.

(Reporting by Yingzhi Yang in Beijing and Julie Zhu in Hong Kong; Editing by Kenneth Maxwell)

2 Top Stocks to Buy During the Holiday Quarter