The Mark Carney-led coalition of international financial companies signed up to tackle climate change has up to $130tn of private capital committed to hitting net zero emissions targets by 2050.

The Glasgow Financial Alliance for Net Zero (Gfanz) — which is made up of more than 450 banks, insurers and asset managers across 45 countries — said it could deliver as much as $100tn of financing to help economies transition to net zero over the next three decades.

“We now have the essential plumbing in place to move climate change from the fringes to the forefront of finance so that every financial decision takes climate change into account,” said Carney, the former governor of the Bank of England who has been chair of Gfanz since its launch in April.

Investment managers accounted for $57tn of the assets, with $63tn coming from banks and $10tn from asset owners such as pension funds. Among the finance groups signed up to Gfanz are HSBC, Bank of America and Santander.

The total capital figures put forward by the Gfanz drew scepticism, however, from some climate campaigners that track the financial services industry. The climate commitments were “a mile wide and an inch deep”, Becky Jarvis, a strategist for the Bank on our Future campaign network, said.

Asset managers that had signed up to Gfanz had so far aligned just 35 per cent of their total assets to net zero targets, she said. “It is not green finance, nor is it all dedicated in the slightest to tackling climate change as long as financiers have large interests in fossil fuel expansion,” she added.

Mark Campanale, founder of the financial think-tank Carbon Tracker Initiative and a member of Gfanz’s advisory committee, said $130tn of assets was not “aligned with net zero today,” but that “the ambition [was] for the assets to be aligned” in the future.

He added that no group involved in the expansion of fossil fuel projects could claim that it was on a pathway to net zero.

Gfanz has been criticised by climate campaigners for allowing financial groups to continue supporting fossil fuel companies in the near term.

“This announcement yet again ignores the biggest elephant in the room,” said Richard Brooks, Stand.earth climate finance director. “There is no mention of the F words at all in this new declaration from the net zero clubs. We cannot keep under 1.5 degrees [warming] if financial institutions don’t stop funding coal, oil and gas companies.”

Last month, the Financial Times revealed banks that signed up to Gfanz had pushed back against the most explicit road map for cutting greenhouse gas emissions put forward by the International Energy Agency that would have required them to halt financing of all new oil, gas and coal exploration projects this year. 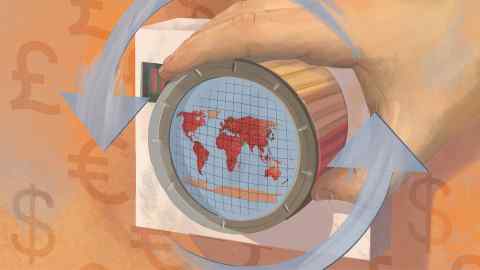 Carney has called on financial institutions to commit to phasing out coal finance and address “the implications of the IEA’s net zero analysis”, but this is not mandatory for signatories of the Gfanz compact.

Also on Wednesday, UK chancellor Rishi Sunak reaffirmed plans announced in October to require British companies from 2023 to publish net zero emissions road maps, setting out how they plan to decarbonise by 2050.

A task force made up of industry representatives, academics, regulators and civil society groups will be established to develop a “gold standard”.

Gfanz also said on Wednesday that Michael Bloomberg, the former New York mayor, would join Carney as co-chair. The group will report on its work periodically to the G20’s Financial Stability Board. Mary Schapiro, former chair of the US Securities and Exchange Commission, becomes vice-chair.

Bloomberg and Schapiro are already involved in another Carney initiative, a task force aiming to set a voluntary regime for climate change financial disclosure (TCFD).

Are you curious about the FT’s environmental sustainability commitments? Find out more about our science-based targets here