This story was originally published in the Oct. 4, 2021 edition of the Charleston Regional Business Journal.

Some college students still have no clue what courses they’ll take come January, but Yesmine Alston, a sophomore at Winthrop University studying accounting, has already lined up her 2022 summer internship. She began the application process last February.

While the Mount Pleasant resident is relieved to have this milestone already mapped out, accounting companies are just as reassured to have acquired skilled talent they can mold in an industry that ranks seven out of 10 of the hardest jobs to fill, according to CPA Practice Advisor.

Attracting and keeping young workers is one of the biggest challenges for accounting firms today, and CEOs worry it’s only going to get harder, Price Waterhouse Cooper said in its Millennials at Work report. That’s why accounting firms are looking to connect with college students sooner and sooner.

“We have found that we have been pretty well served by growing our folks when they graduate college and hiring them as interns while they’re in school,” said William Russell, partner at Jarrard, Nowell & Russell. “Our two newest partners, in fact, came through our intern program.”

The Lowcountry firm, with locations in Charleston and North Charleston, regularly seeks out talent at College of Charleston, The Citadel and Charleston Southern University.

By bringing accountant hopefuls on as interns, Russell said the company can help develop skills needed specifically for the firm so that by the time students graduate they’re ready to hit the ground running.

“We typically hire four interns a year and we’ll only hire probably one to two of those as full-time employees because people go on and pursue other interests or other jobs,” Russell said. “Maybe they won’t like public accounting.”

Julie Chavis, office manager of Scott and Co. LLC in Columbia, said interns are critical to daily operations at her firm — which ranked No. 1 in the small employer category for the 2021 Best Place to Work in South Carolina. Each year, Scott and Co. hires two interns, currently two seniors from University of South Carolina and Benedict College. But interns can come on as juniors, and stay on through grad school if the job is working out.

“We like for them to get the experience of public accounting and we try to give them as much professional work as possible, including audits,” Chavis said.

Scott and Co. interns don’t physically attend audits, but they help with footing and proofing, to give them a better idea what the job is like.

Interns also process returns, coordinate files and, potentially, file tax returns for the clients, in addition to clerical work that teaches them how the office runs.

“We rely on them a great deal,” Chavis said.

Alston, a business major with an accounting concentration, hopes her internship with Price Waterhouse Cooper in Charlotte will help her determine what aspects of accounting she loves, if she does in fact enjoy it—or possibly what she wants to steer clear of.

When she was accepted into Winthrop in 2019, Alston joined the Accounting Mentorship and Professional Development group not knowing anything about accounting, but mentors have since opened her eyes to the opportunities.

That includes advisory or auditing, bookkeeping, public or private taxes.

“I actually had a mentor from PWC over this summer and he was an auditor and told me the ins and outs and showed me what his day to day life looks like during the busy season and off-season, what time he starts work, when he has free time,” Alston said. “I know my schedule won’t be the exact same as his, but I like the way he knew what was coming up.”

Having an internship already secured, Alston feels confident about her career path and that maybe she won’t suffer through the struggles of finding a job once she graduates in 2024.

If she succeeds this summer and enjoys the work, the internship could potentially carry over every summer until graduation, and potentially into a full-time job with Price Waterhouse Cooper.

Admittedly not a math whiz, Alston believes her organization, leadership skills and ambition will help her succeed.

The industry is expected to see a 7% increase in job needs through 2030, and Controllers Council said much of that is due to a mass exodus of retiring accountants and Boomers leaving the workforce.

There’s also the assumption that accountants aren’t needed anymore with systems like TurboTax and QuickBooks, and the lure of sexier data opportunities, which draw students away from the classic study of accounting, said Robert Hogan, associate professor of accounting at College of Charleston.

Though the department has seen a slight decline in the number of students over the last five years, Hogan isn’t worried. Technical advancements are no match for human judgment or the act of sitting down with someone on-on-one to talk about what’s going on, what their needs are and how life events can impact them from a tax standpoint.

As a matter of fact, Hogan believes technology is actually a major draw to the field.

“I think there’s a big gap between what the public perceives as accounting and what most actually do,” Hogan said.

The Department of Accounting and Business Law at CofC recalled working at a paper mill in his early career, surrounded by ledgers from the 1950s that were 2.5 feet long and 15 inches tall, all filled in with penciled handwriting.

“It was a huge pain in the rear to do all that, but today everything is automated and technology driven, and I think that tech aspect is appealing to students,” he said. “They want to be in a field where their technical skills are used, and not forced to do things in some sort of manual way.”

Accountants are also needed in every state, and in every field. The appeal can be broad whether you’re interested in film, fashion, agriculture or manufacturing.

“You can be interested in film, but if you look like me, they’re not going to put you on camera,” Hogan said. “But it’s an opportunity to be in the industry but not do the things everybody thinks of.”

Once students get into the coursework, they realize accounting is so much more than adding and subtracting, spreadsheets and calculators, Hogan said. Some of the major skills instead include organization, attention to detail and people skills.

“There’s a lot of stuff happening that could be interesting,” he said. “Accounting doesn’t appeal to everyone obviously, but I think there’s more people that take those early classes with apprehension and leave thinking, ‘I could be good at this.’” 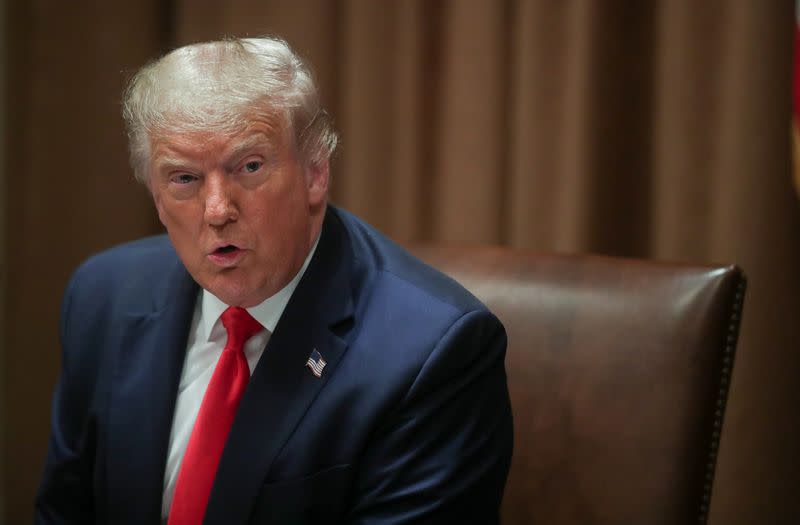